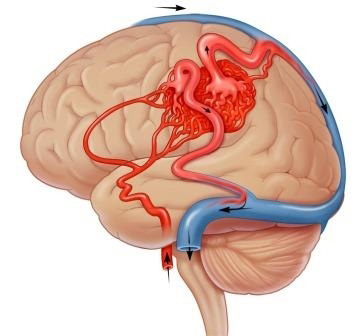 A brain arteriovenous malformation (AVM) is a tangle of abnormal blood vessels connecting arteries and veins in the brain.

The arteries are responsible for taking oxygen-rich blood from the heart to the brain. Veins carry the oxygen-depleted blood back to the lungs and heart. A brain AVM disrupts this vital process.

An arteriovenous malformation can develop anywhere in your body but occurs most often in the brain or spine. Even so, brain AVMs are rare and affect less than 1 percent of the population.

The cause of AVMs is not clear. Most people are born with them, but they can occasionally form later in life. They are rarely passed down among families genetically.

Some people with brain AVMs experience signs and symptoms, such as headache or seizures. AVMs are commonly found after a brain scan for another health issue or after the blood vessels rupture and cause bleeding in the brain (hemorrhage).

Once diagnosed, a brain AVM can often be treated successfully to prevent complications, such as brain damage or stroke. 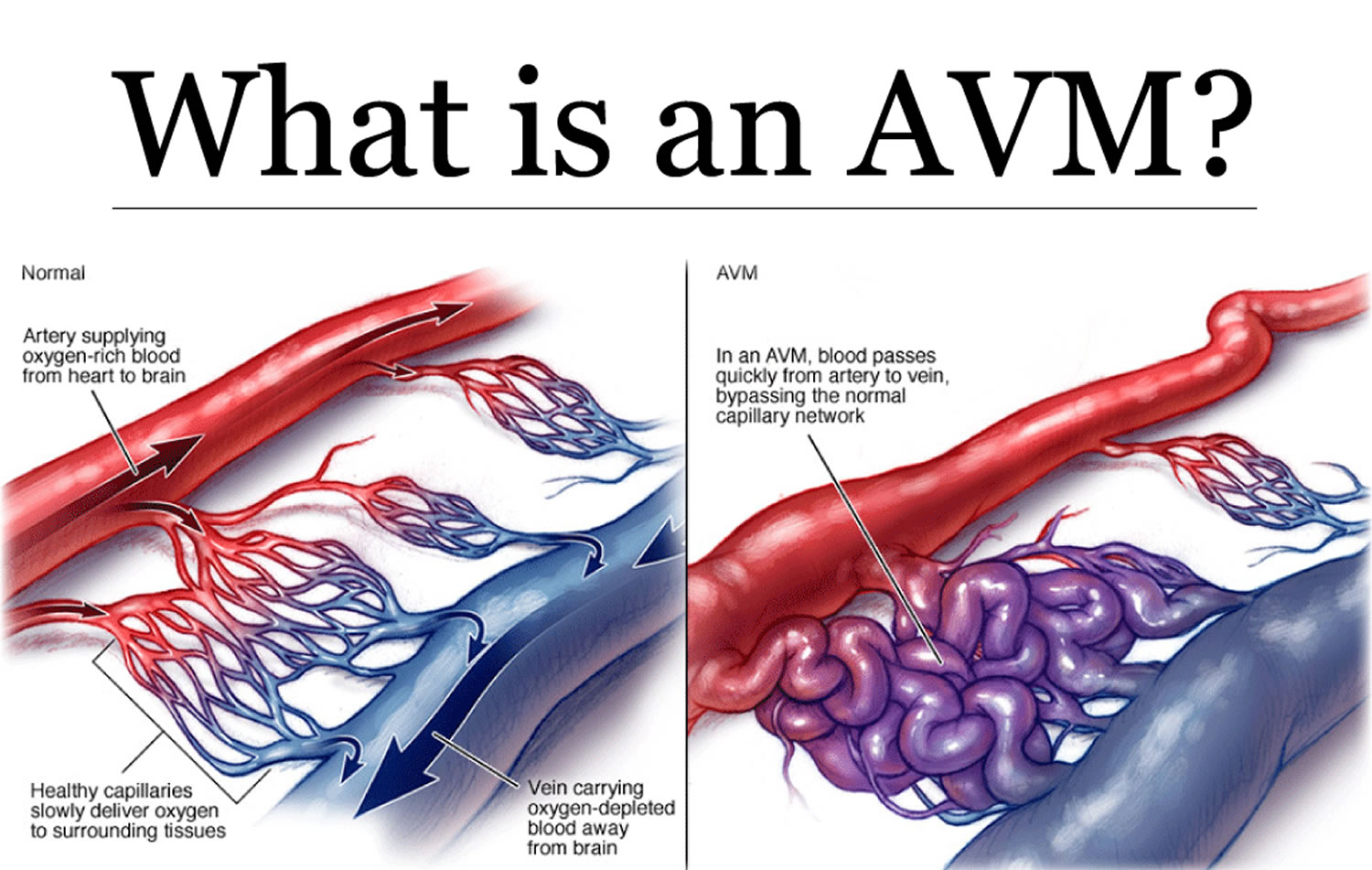 A brain arteriovenous malformation may not cause any signs or symptoms until the AVM ruptures, resulting in bleeding in the brain (hemorrhage). In about half of all brain AVMs, hemorrhage is the first sign.

But some people with brain AVM may experience signs and symptoms other than bleeding related to the AVM.

In people without hemorrhage, signs and symptoms of a brain AVM may include:

Some people may experience more-serious neurological signs and symptoms, depending on the location of the AVM, including:

Symptoms may begin at any age but usually emerge between ages 10 and 40. Brain AVMs can damage brain tissue over time. The effects slowly build up and often cause symptoms in early adulthood.

Once you reach middle age, however, brain AVMs tend to remain stable and are less likely to cause symptoms.

Some pregnant women may have worsened symptoms due to changes in blood volume and blood pressure.

One severe type of brain AVM, called a vein of Galen defect, causes signs and symptoms that emerge soon or immediately after birth. The major blood vessel involved in this type of brain AVM can cause fluid to build up in the brain and the head to swell. Signs and symptoms include swollen veins that are visible on the scalp, seizures, failure to thrive and congestive heart failure.

The cause of brain AVM is unknown, but researchers believe most brain AVMs emerge during fetal development.

Normally, your heart sends oxygen-rich blood to your brain through arteries. The arteries slow blood flow by passing it through a series of progressively smaller networks of blood vessels, ending with the smallest blood vessels (capillaries). The capillaries slowly deliver oxygen through their thin, porous walls to the surrounding brain tissue.

The oxygen-depleted blood then passes into small blood vessels and then into larger veins that drain the blood from your brain, returning it to your heart and lungs to get more oxygen.

The arteries and veins in an AVM lack this supporting network of smaller blood vessels and capillaries. Instead, the abnormal connection causes blood to flow quickly and directly from your arteries to your veins, bypassing the surrounding tissues.

Anyone can be born with a brain AVM, but these factors may be a risk:

Complications of a brain AVM include:

On this topic: (B)
Brain metastases
Brain aneurysm 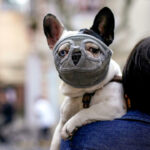